First look of Agra Metro Train unveiled, know all about 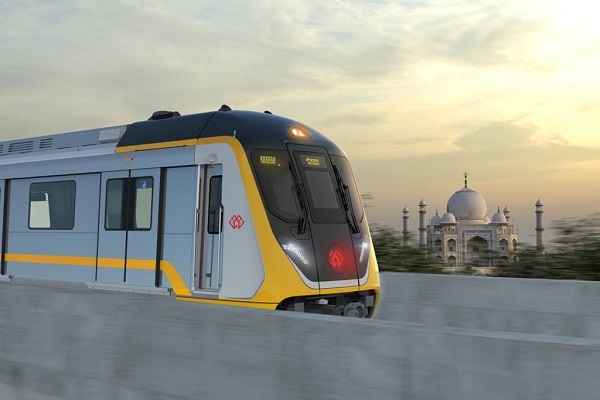 The salient features of the ultra-modern Rolling Stocks to be used in Agra Metro Rail Project are as uner:-

Metro Trains of Agra Metro will derive their energy from the third rail running parallel to the tracks. Their will be no traditional OHE (Overhead Equipment) which usually gets disrupted due to bird movement, flying of kites, etc. Third Rail System will not pose any of these problems and train operations will be more efficient.

Trains of Agra Metro will generate energy through their own braking system. The deceleration after breaks are applied will be converted to energy. Electric motor is used to apply breaks in metro trains that in turn can lead to regeneration of energy, which can be further used back for train operations.

The metro rail project will be unobtrusive and will blend seamlessly with the aesthetics of the city. The utilities, including wires and duct pipes will be completely hidden. This would largely enhance the aesthetic value of the metro rail system.