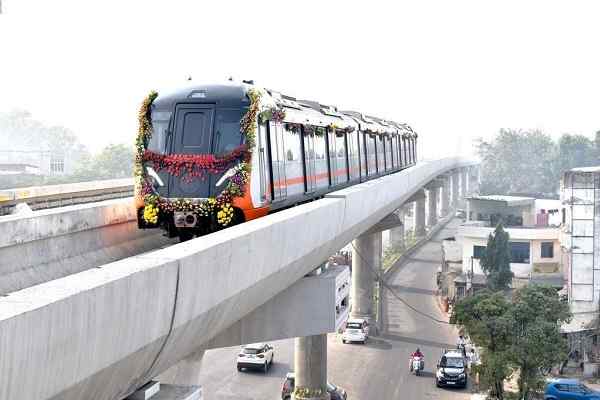 The scope of work includes the construction of an elevated viaduct and 5 Nos. elevated station (viz. Baradevi Station, Kidwai Nagar Station, Vasant Vihar Station, Baudh Nagar Station & Naubasta Station) including Architectural Finishing, E&M work and special span from the end of ramp (after Transport Nagar Station) to Naubasta Station on Corridor-1 of Kanpur MRTS Project at Kanpur, Uttar Pradesh, India. The scope of work is between Chainage 17420 m to 22847 m (including 5 stations) on Corridor-1, of Kanpur Metro at Kanpur, Uttar Pradesh, India.

JMC Projects (India) Limited - A Kalptaru Group Enterprise emerged as the lowest bidder by beating other 10 construction firms/consortia. The financial position of each bidder is as under:-

This contract package will be funded by the European Investment Bank (EIB) through a loan agreement signed for 650 million Euros (approx. Rs 5,600 crores) between EIB and Govt. of India in July 2021.

At present, 9 km of the priority section (IIT Kanpur to Motijhil) of the Kanpur Metro Rail project is operational.