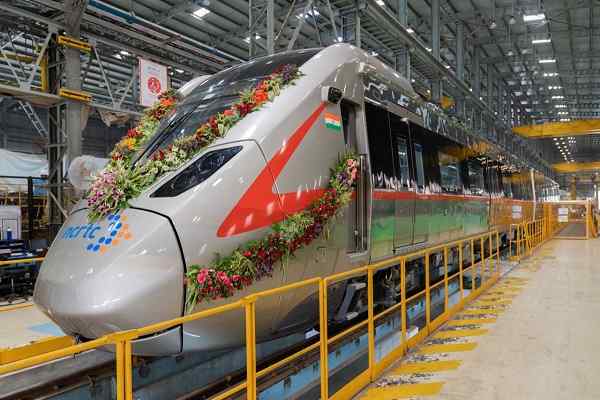 "Shri Vinay Kumar Singh, MD, NCRTC, along with senior management team was onboard the train during this test run. Team NCRTC is gearing up to opening the Priority Section of the Delhi-Ghaziabad-Meerut corridor for the public, ahead of schedule," it added.

During this testing, the newly commissioned LTE communication network was also successfully demonstrated. Singh congratulated the directors and head of the departments for achieving this feat.

The first RRTS train-set had arrived at Duhai depot in June from Alstom's coach manufacturing unit in Savli in Gujarat.

It said NCRTC MD Vinay Kumar Singh along with senior management team was onboard the train during the test run.

The Delhi-Ghaziabad-Meerut RRTS corridor is 82.15 km long and will have around 70 km elevated section and 12 km underground section.

The first train set of the RRTS was handed over to the NCRTC by Alstom India as it rolled out of its manufacturing plant in Savli in Gujarat’s Vadodara district on May 7 this year.