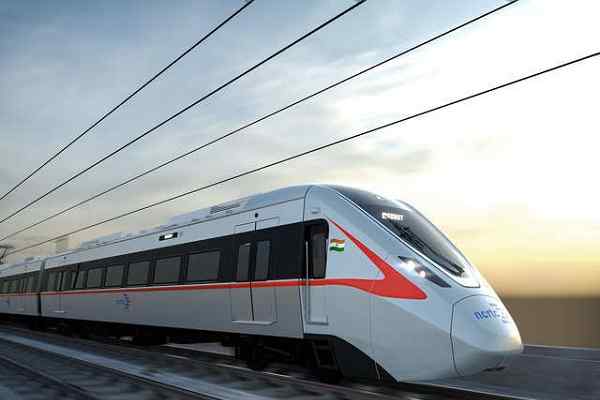 New Delhi, India (Metro Rail Today): The National Capital Region Transport Corporation (NCRTC) is all set to charge the Over Head Equipments (OHE) in the Priority Section from the beginning of October month. Under this, the OHE being installed above the RRTS track will be energised (charged) with 25kV. The installation of Over Head Equipment (OHE) in the Priority Section is in progress at a pace.

Under the process of energisation in the priority section, OHE will be energised from Sahibabad RRTS station to the Duhai Depot. At the Duhai depot, IBL (Inspection Bay Line) and test track have already been charged for static and dynamic testing of trains. Along with this, the process of energisation of the entire priority section has also begun.

Recently, the Duhai depot received the second RRTS train from Savli, Gujarat, while the first train had already arrived in June and various static and dynamic testing are being carried out on it. At present, various testing is being done on both trains.

For power supply to carry out the operation of the priority section, an agreement has been signed with Uttar Pradesh Power Transmission Corporation Limited (UPTCL). 220kV power is being supplied from UPTCL's substation grid to NCRTC's Electric Substation at Ghaziabad, and from this Receiving Sub Station, 25kV power will be used for train operation and 33kV power will be used for all the other requirements of RRTS stations.

A Receiving Sub Station (RSS) has been set up at Ghaziabad for power supply in the priority section. Transformers (50 MW) have been installed in this RSS and testing of all these transformers has already been completed. At present, this RSS is supplying electricity to the Duhai depot and is now ready to supply power to the corridor.

The power supply in these overhead traction lines makes it a high-risk area. NCRTC, to ensure the safety of the people working in and around the depot has disseminated information that no unauthorized person shall approach or work in the proximity of said overhead lines.

The priority section has five stations, Sahibabad, Ghaziabad, Guldhar, Duhai and Duhai Depot. Construction of all the stations is going at a pace and will soon be completed. At present, installation of roof sheds, platform screen doors (PSD) and finishing of stations are going on, while track laying, OHE, signalling and telecom are also in the final stages. The target to begin the operations of the RRTS trains in the Priority section is set for March 2023.

There are 25 stations on the 82 km long Delhi-Ghaziabad-Meerut RRTS corridor and NCRTC is working to begin RRTS operations on the entire corridor by 2025.

Five RSS are being established at Sarai Kale Khan, Ghaziabad, Muradnagar and Shatabdi Nagar and Modipuram in Meerut for power supply on the RRTS corridor between Delhi and Meerut. NCRTC is building all its power sub-stations as per the Indian Green Building Council (IGBC) standards, including rainwater harvesting, sewage treatment plants, green areas, LED bulbs, natural light and air-ventilated buildings.