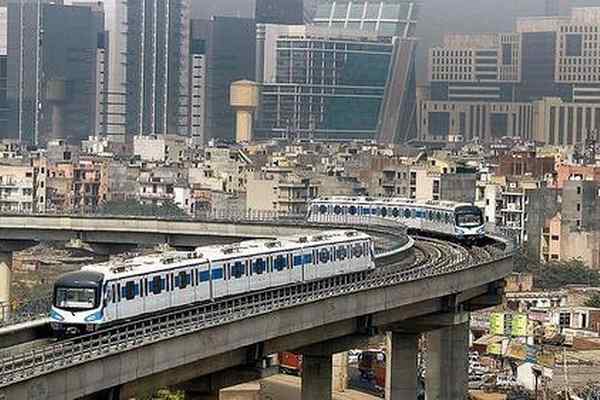 Gurugram, India (Metro Rail Today): The Public Investment Board (PIB), Ministry of Finance has given its approval to implement the 28.8-km-long proposed metro rail connectivity between HUDA City Centre and Cyber City in Gurgaon, said Sanjeev Kaushal, Chief Secretary, Government of Haryana while reviewing the performance of the Haryana Mass Rapid Transport Corporation Limited (HMRTC) at the 50th meeting of Board of Directors in Chandigarh on 18th November 2022.

This metro route is expected to have 27 elevated stations between Huda City Centre and Cyber City, including a spur to the Dwarka expressway. The estimated cost of project is Rs 6,821.13 crore.

According to Kaushal, the proposed metro line will cover the entire city of Gurgaon. He also applauded efforts of HMRTC team for getting the project cleared from PIB. "The metro corridor would provide an efficient and environment friendly transport system to the people of Gurgaon and its vicinity and it will help the students, women, working class and office going persons," he said.

He further said that metro connectivity between Rezangla Chowk and Sector-21 Dwarka has already been approved by Haryana Chief Minister Manohar Lal Khattar and is being further sent to Government of India for approval. “It will also give seamless connectivity from Gurgaon to IGI Airport,” he added.

He said that on the revenue front, Gurgaon Metro has shown its outstanding performance in this financial year as compared to last year. "It has earned Rs 21.6 crores till October 2022 in comparison to last year earning of ₹3.84 crores. The earnings from fare and non-fare revenues have enhanced through increase in ridership as well as commercial activities," he said, adding that the daily ridership has grown from 8,500 per day to 40,000 per day," he said.