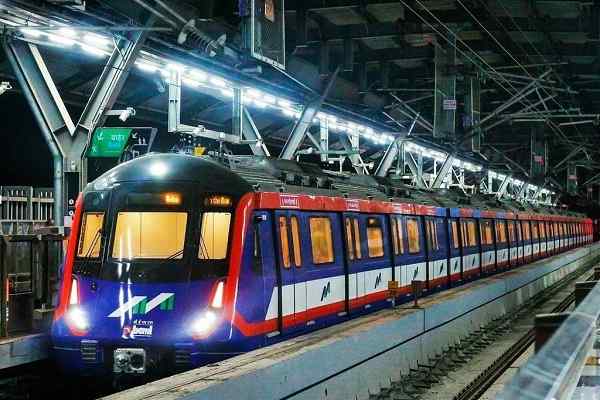 Almost eight years after the country's financial capital received its first east-west Mumbai Metro One track, the Mumbai metro is now open for commuter use. In Mumbai these days, one will see giant barricades around excavated sites. Behind these barricades, various types of architects, engineers, and workers are working hard to bring the fruition of Mumbai Metro plans. These stations are designed and supervised by architecture practice Studio Archohm. The Delhi-based architecture firm conceptualized the whole design with a variety of crucial details in mind, from vertical louvers that give a monolithic appearance to the actual frames that provide much-needed rain and sun protection. Both lines are elevated, and Metro 2A, which runs from Dahisar west to D.N. Nagar (Andheri west), and Metro 7, which runs from Dahisar east to Andheri east, will greatly assist residents in the north-western suburbs.

The two new Metro Lines, which run parallel to the Western Express Highway, the Western Railway suburban portion, the S. V. Road, and the Link Road, are designed to relieve road congestion and overcrowding in local trains by up to one-third. The metro station color scheme orientates the city with its commute system. All utilities, lights, and pipelines have been carefully disguised while staying operational. Keeping in mind the heavy rains and humidity, functional usage of glass and aluminum can be seen in the designs.

Engineers think analytically, believe in scientific laws, and live discipline. Architects feel intuitive and believe in questioning all laws and living creatures. Sourabh Gupta, Principal Architect and Managing Director of Studio Archohm, discusses the different planning, design, and construction components of this project, taking into account its complexity in terms of location, space, and time restrictions.