How is Delhi becoming a role modal for Sustainable Transport Systems in India? 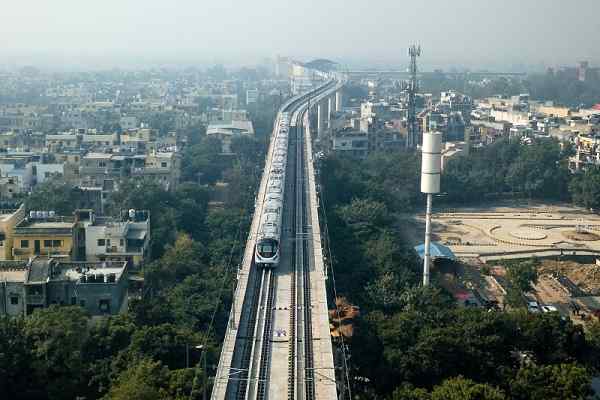 According to the estimates of UN World Population Prospects, the current population of Delhi is around 31.2 million (3.12 crores) and also it is capital of India. Delhi is a hub of tourist, education and business activities. Buses and Metro Rail form the backbone of public transport in Delhi. Hence, in order to facilitate a large number of commuters, there is a need to offer good quality, safe and comfortable transport systems. The Government of Delhi has been working towards a safe, sustainable, economic, people-friendly and efficient transportation system in the city.

Most recently, the Delhi government has developed a draft electric vehicle (EV) policy to accelerate EV adoption in Delhi and complement its efforts to address vehicular pollution. Delhi is among the frontrunner states that have called for a rapid move towards a new mobility future. Delhi Government has implemented a number of progressive mobility interventions.

To address the challenge of pollution from vehicular emissions, the city transitioned its entire public transport fleet including buses, taxis, and auto rickshaws to compressed natural gas (CNG) in the early 2000s. Currently, Delhi has one of the world’s largest CNG-propelled bus fleets, which serves nearly 27 percent of the city’s trips. The city has also expanded its metro-rail network to 378 kilometers (km) since its first corridor opened in 2002. The metro carries nearly 3 million passengers daily, accounting for about 3 per cent of the city’s trips. Delhi has also experimented with other bold measures, such as its Odd-Even Scheme, to curb pollution.

In its 2018–2019 budget, the Government of Delhi introduced its first Green Budget to support long-term initiatives that mitigate rising levels of air pollution. Delhi’s draft EV policy and its plan to adopt electric buses are key initiatives under the government’s green budgeting initiative.

To explain more about how is Delhi becoming a role model for other cities for the sustainable transportation systems, Principal Secretary & Transport Commissioner, Delhi Government, Shri Ashish Kundra will deliver his keynote speech at the 2nd Urban Infra Business Summit & Awards 2022 on 7th November 2022 at India International Centre, New Delhi.