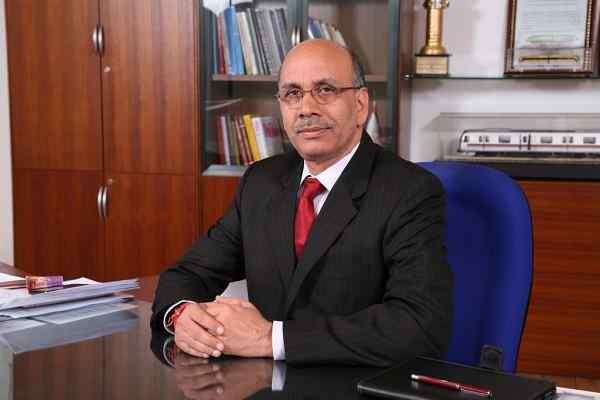 After serving the Delhi Metro Rail Corporation (DMRC) for over a decade, Dr. Mangu Singh is superannuated from the post of Managing Director on 31st March 2022. He has been part of DMRC since 1997.

In a recent interaction, he shared his experience with DMRC and tells about the future of the Delhi Metro.

You have been associated with Delhi Metro since the beginning. What do you see as your biggest achievement?

I think creating a network of 400 km in a city like Delhi in just about 18 years will be the biggest achievement. Creating similar networks outside India in cities like New York, London and Moscow took about 100 years. I think this is the best achievement for me and Delhi Metro.

How will the lack of availability of space in Delhi impact Metro’s expansion plans?

I think finding innovative ways to expand the network is the key. If you see, in Phase IV itself, we realized that there will be problems in getting enough land for creating depots. So, we are not constructing any new depots for Phase IV. Originally, two depots were planned in the Detailed Project Report (DPR) for Pink and Magenta lines, but we have completely avoided it. We decided to augment existing depots by innovative ways of arranging facilities inside the depot with available land and we have been very successfully able to do that. The depot at Sarita Vihar has been augmented to serve the Tughlakabad - Aerocity Corridor and the one at Mukundpur will serve the extension of the existing Magenta Line.

How long do you think it will take for Delhi Metro to completely recover from the impact of Covid-19?

We were optimistic about the situation all along and today when all restrictions have been removed, within a month’s time, we are back to almost 73% of pre-Covid ridership. We are very hopeful that once schools and colleges are also opened fully, ridership will touch 80% plus. The remaining 15% will probably take time to come back to pre-Covid levels as some sections are still working from home. Also, journeys that are non-essential are being avoided. Only those who are working and going to the office are using the Metro. We hope to recover up to 90% but it may take up to a year to be back at pre-Covid levels.

How big a burden does the arbitral award that DMRC has to pay to Delhi Airport Metro Express Private Limited put on the Metro?

Let us see the positive aspects of the entire thing. The airport line is a very successful project. The line is running, it is serving the people and serving the purpose of providing world-class service. The issue is basically the arbitration payment. This payment is nothing but the refund of what he had invested. I don’t think this is a very big burden… The Delhi Metro is already under a debt of Rs 35,000 crore. All our lines have been constructed by taking loans, so this will be similar to that… Structures have been built, lines have been constructed and you know that you have to make the payments, so in addition to Rs 35,000 crore, you will have another Rs 5,000 crore debt, so it should not be a big issue.

How has the tussle between the Central and the State governments, which are equal stakeholders in DMRC, affected you?