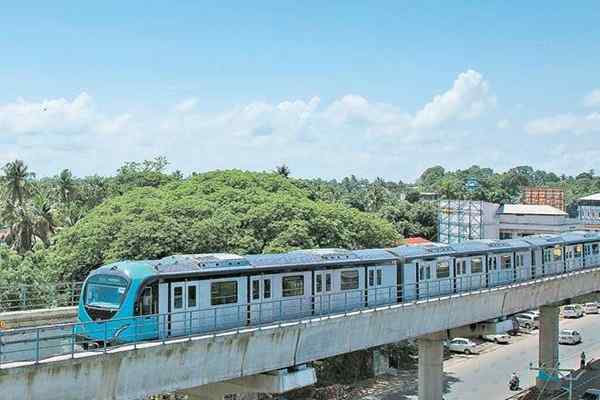 Two weeks ago KMRL officials noticed a misalignment caused by a minor settlement of foundations at Pier No 347 and also imposed speed restriction along the track, over pillar no.347 in view of the detection of the issue on track. To resolve the issue, KMRL had approached DMRC, Egis and L&T, the contractor of the first phase works of Kochi Metro Rail Project.

To check the crackes, the contractors formed a commitee led by Metroman E Sreedharan. The team along with Sreedharan visited the spot at 11am on February 21, 2022. Egis was the detailed design consultant for the first phase of Kochi Metro Rail project for viaduct and elevated station works from Aluva to Petta. DMRC was the implementing agency of the project.

After inspection, the team held a detailed discussion on the remedial steps which are to be taken to resolve the issue on the track, with KMRL officials including managing director Loknath Behra. Now KMRL will initiate steps to permanently resolve the misalignment considering the opinion from them, in the coming days.

To find out the reason for the tilt, KMRL had started preliminary examination by removing soil near the pillar and found that the observed settlement is not critical.

KMRL had commenced its first phase operations along the stretch in 2017 which was implemented by DMRC.