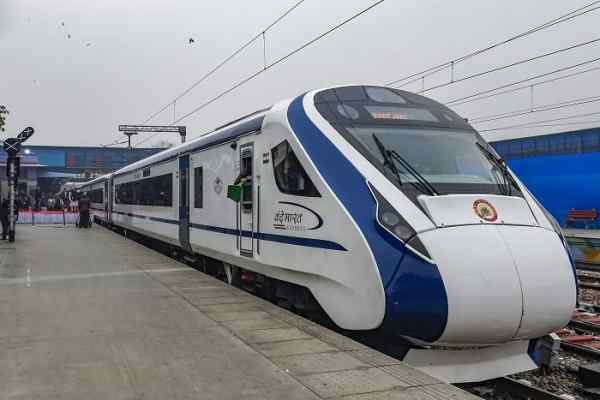 At present, there are two Vande Bharat inter-city trains in service on the New Delhi - Varanasi and the New Delhi - Katra routes since 2019 with a third train set to enter service in June 2022. These trains were manufactured by the state-owned Integral Coach Factory (ICF) in Chennai. ICF will oversee the manufacturing of 26 new Vande Bharat trains from this latest order. Medha Servo Drives is set to manufacture propulsion systems for the trains under the supervision of ICF, Chennai.

According to the new order, Siemens and Alstom will supply traction equipment for 16 trains and 9 trains respectively. Siemens will partner with Modern Coach Factory in Raebareli while Alstom will manufacture the trains in partnership with the Rail Coach Factory at Kapurthala. Bharat Heavy Electricals Limited (BHEL) will provide the systems for 4 trains while single developmental orders have also been placed with the Saini Electricals and Titagarh Wagons. These trains are expected to be manufactured by ICF, Chennai.

“Our company has been asked to supply the systems for one train within 24 months,” said Umesh Chowdhury, Chief Executive Officer at Titagarh Group.

Indian Railways is procuring new semi-high speed trains to speed up the speed of its services. Union Finance Minister Nirmala Sitharaman announced plans for the induction of 400 new Vande Bharat trains in the next three years in her union budget speech in February.

Last year, Indian Railways had placed an initial order to Medha Servo Drives for the supply of traction equipment for 44 Vande Bharat trains. Alstom and Siemens did not participate in this tender process following a disagreement with requirements to supply bogies and wheels, along with the propulsion systems. However, the second tender did not entail the same clauses.

The railway industry is generally enthused with Indian Railways' push to acquire modern rolling stock, but there are some reservations in their procurement policy to engage multiple players. “It is always good to have two suppliers but splitting up the contract between seven companies could cause delays in project execution,” said former General Manager, ICF Chennai, Sushanshu Mani, known as the innovator of the Vande Bharat trains (Train 18).

Indian Railways is planning to replace the inter-city Shatabdi trains with new Vande Bharat rains, which operate on day-long journeys on the railways' network.