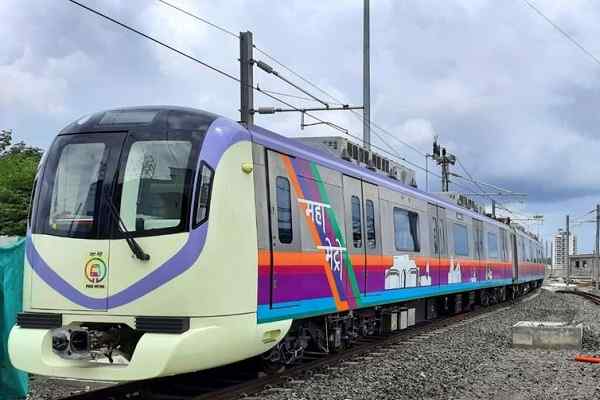 Pune, India (Metro Rail Today): The Maharashtra Metro Rail Corporation Limited (Maha-Metro) is all set to open two metro routes of the Pune Metro Rail Project - Vanaz to Garware College and Pimpri to Phugewadi for the public from March 6, 2022. Prime Minister Narendra Modi will flag off the commercial run of long-awaited metro corridors in the city.

“Both the routes will be operational for public use once the routes are inaugurated by Prime Minister Narendra Modi on March 6. Most of the work is completed on the routes and a few minor works on the Vanaz route will be completed before the inauguration,” said MahaMetro officials.

"The Pimpri-Phugewadi station got clearance from the Commissioner of Metro Rail Safety (CMRS) on January 6, an inspection of the Vanaz-Garware college route was done on February 10. It is expected to get a certificate in a few days," said officials.

“Recently, Vanaz depot got the infrastructure in place which is required for maintenance and washing of Metro rakes. All the building structures which are required for the maintenance of Metro are getting ready,” officials added.

Maha-Metro has started training local drivers and has increased trail runs between Pimpri and Phugewadi which is a distance of 5.8km. “At least 30 drivers are trained before the start of service for the public. All of them are experienced drivers and they are getting ready. While taking trial routes officials are also keeping watch on tracks, signals, and other equipment,” said officials.

The Vanaz to Garware College stretch will cover a total distance of 5-km with five stations at Vanaz, Anand Nagar, Ideal Colony, Nal Stop and Garware College. The Pune Metro has successfully conducted the trial run on this stretch on July 30, 2021. This stretch is part of the 14.665 km Aqua Line of the Pune Metro which will connect Vanaz to Ramwadi with 16 elevated stations.

The Pimpri to Phugewadi stretch will cover a total distance of 5.8 km with five stations at PCMC, Tukaram Nagar, Bhosari, Kasarwadi and Fugewadi. This stretch is part of the 16.589 km Purple Line of Pune Metro which will connect Pimpri Chinchwad Municipal Corporation (PCMC) to Swargate with 14 (Elevated & Underground) stations.

As per information shared by the project team, 90% of viaduct work was completed on the civil court Ramwadi stretch. The Maha-Metro is expecting to complete all two routes of Pune Metro by December 2022.