History of Metro Rail in India: Trams to Driverless Metro 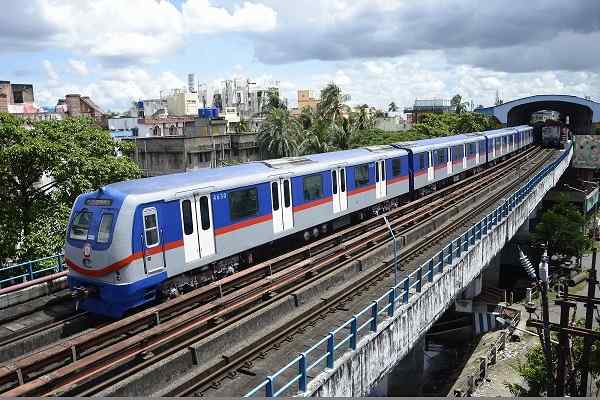 The modern world has transformed itself faster than ever in each and every aspect of lives. Whether it be technology or anything else, science has proved itself worthy. Although science has also caused greater devastation during the first half of the twentieth century as two world wars, it has been the major force behind the present scenario of a peaceful world.

To understand the role of science and technology in the modern world, we can have a look into the pre-independence era of Indian Subcontinent. That was the world of bullock carts and Charkha. Things have changed rapidly during the period of the last 100 years and since we are talking about the history of the Urban Transit System, let's have a look into the circumstances which led to rapid growth of the mass transit system in India.

The British rule in India was for nothing but to drain the wealth of this beautiful nation. They developed a huge rail network to transport the resources of Indian Subcontinent to the ports and then subsequently to their own country, England. The motto behind development of the rail network in India was solely for the movements of goods and later, for the transport of labour.

Until the year 1905, Kolkata used to be the capital of the subcontinent being governed by the English people. As it was the capital city, the Britishers used to develop the city to show their might, wealth and power. It was for the same purpose that the first horse-drawn trams came into existence in India. These trams ran between Sealdah and Armenian Ghat Street of Kolkata on 24 February 1873 for the first time. Although the services were discontinued very soon the same year, it was the first of its kind in imperial India and it is regarded as the first attempt to run a public transit system in any of the Indian cities. Remember, Kolkata used to be the capital of India at that time and that's why these major developments were taking place there.

Afterwards, The Calcutta Tramway Company was formed and Meter-gauge horse-drawn tram tracks were laid from Sealdah to Armenian Ghat via Bowbazar Street, Dalhousie Square, and Strand Road. This was such an ambitious project that it was inaugurated by the then Viceroy of India. You may think about the intensity of joy and happiness at the time. This was the start and ever since, the public transit system of the Indian cities have remained developing at a faster pace.

The tram networks were very popular at the time but with advancements in technology, Kolkata decided to go for s better mode of transport and it was going to be the first metro network of the country.

The state government proposed the idea of having a metro network in the year 1949–1950. A survey was then by a team of French experts. However, the efforts went in vain. The proposal couldn't be brought into immediate effect and Kolkata had to further wait for the country's first metro network. However, the move was initiated through this event.

In the September 1919 session of the Imperial Legislative Council at Shimla, a committee was set up by W. E. Crum that recommended a metro line for Kolkata. This line was supposed to connect Bagmari in the east to Benaras Road, Salkia, in Howrah in the west via a tunnel beneath Hooghly River. The estimated construction costs were £3,526,154, about Rs 4.28 crore (US$600,000) based on current exchange rates, and the proposed deadline was 1925–1926. The proposed line was 10.4 km long, about 4 km shorter than the current East-West Corridor, which would connect East Bengal Railway in Bagmari and East Indian Railway in Benaras Road, according to different historical sources.

It is obvious that such networks are developed to get rid of the notorious traffic jams and such related problems but at the same time, metro projects can also be seen as an asset to the city. The pace at which metro projects are being developed in our age couldn't be done at the time when Kolkata metro was being developed. Indeed it took around 23 years to develop the network.

Although it was a very indigenous project, the time taken in its construction was far greater than expected. Today, a metro network gets operational in less than five years but those were the days of greater struggles and a lot of bureaucratic hurdles. The typical government agencies were working for its development which made the process a little bit late.

The foundation stone of the project was laid by Indira Gandhi, the Prime Minister of India, on 29 December 1972, and construction work started in 1973–74. Initially, cut and cover along with slurry wall construction to handle soft ground, was recommended by the Soviet Union Consultants. Later, in 1977, it was decided to adopt both shield tunneling and cut and cover methods for construction under populated areas, sewer lines, water mains, electrical cables, telephone cables, tram lines, canals etc.

The services began for the first time on the first stretch of Kolkata Metro on 24 October 1984 with an operational line of 3.40 km with five stations served between Esplanade and Bhowanipur.  The commuter service was extended to Tollygunge on 29 April 1986, covering a further distance of 4.24 km, making the service available over a distance of 9.79 km with 11 stations on the network.

Since 1905, the capital of India was shifted to Delhi and this can be one reason of the delayed development of Metro services in Kolkata. When Delhi planned to have its metro network, it took less than 5 years to make its first stretch operational. The concept of a mass rapid transit for New Delhi first emerged from a traffic and travel characteristics study which was carried out in the city in 1969. It was because of the terrain and geographical structure of Delhi where road traffic was the main mode of transportation. As the population of the city increased and different cities developed in its surroundings, it became urgent for the government to find a solution for the increasing traffic of Delhi and as a result, different plans were laid down and construction began for the Delhi Metro Rail Project on October 1, 1998, many stakeholders were participation in the venture.

Unlike Kolkata Metro, a special purpose vehicle (SPV) called Delhi Metro Rail Corporation was set up for the work and it was given all the independence to carry out the works smoothly. As a result, the first line of Delhi Metro, Red Line got operational on December 24, 2002 with the then prime minister Atal Bihari Vajpayee inaugurating the same. Delhi metro from then onwards has been developing very fast and it has an operational network of 348 km today while there are under construction projects as well.

A new technology has now come in the Metro operations and DMRC recently included driverless trains on its fleet. The Delhi Metro Rail Corporation (DMRC) launched its first-ever driverless train operations on its 38-kilometer long Magenta Line, which connects Janakpuri West and Botanical Garden. The maiden driverless train is being seen as a major technological feat. The importance of matter can be understood from the very fact that the prime minister himself inaugurated the driverless train.

At  the virtual inauguration of the train, PM Narendra Modi had said that his government has taken growing urbanisation as an opportunity and asserted that metro train services will be extended to 25 cities by 2025 from the current 18 cities.

Apart from these all, a lot more different projects are coming in different parts of the country. There are three RRTS projects coming up in NCR. The first amongst these three is the Delhi–Meerut Regional Rapid Transit System which is an 82.15 km long, under-construction, semi-high speed rail corridor connecting Delhi, Ghaziabad, and Meerut. The others are Metrolite and Metro Neo which are going to change the scenario of urban mobility sector in India.

Kolkata Metro is oldest Mass Rapid Transit System of India. It began operation on October 24, 1984 and presently covering a distance of 39.2 km with two corridors.

Also known as Namma Metro, Bangalore Metro began its first operation on October 20, 2011 and presently covering a distance of 48.1 km in Bengaluru city.

Mumbai Metro is first Mass Rapid Transit Project developed under PPP mode in India. It began operation on June 8, 2014 and presently covering a total network of 11.4 km with a single line.

Jaipur Metro started its first operation on June 3, 2015 and currently serving a total of 12 km  network in Pink city.

Chennai Metro began its operation on June 29, 2015 and currently serving a total of 54.1 km network in Chennai.

Kochi Metro started it operation on June 19, 2017 and currently serving a total of 25 km network in Kochi city.

Lucknow Metro began its operation on September 6, 2017 and presently serving a total network of 22.9 km.

Hyderabad Metro is World’s largest MRTS developed under PPP mode. It began operation on November 29, 2017 and presently serving a total network of 67 km. 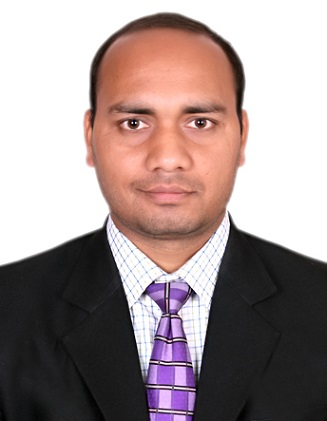