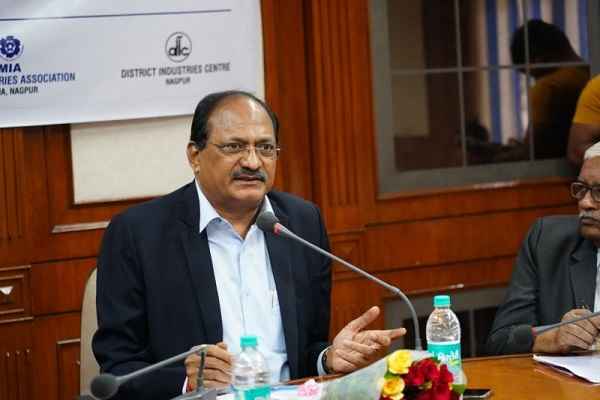 Dr. Brijesh Dixit is an acclaimed Railway Administrator, efficient infrastructure builder and urban transport professional. Presently heading Maharashtra Metro Rail Corporation Ltd. as Managing Director and leading the Nagpur and Pune Metro Rail projects from the front. He was associated with Indian Railway for over 30 years including association with Mumbai suburban and urban rail transport for over 15 years, at various levels covering planning, designing, constructing and maintaining large scale rail infrastructures & operation of services and administration of institutions on both Western and Central Railways.

In a  recent conversation with  Metro  Rail  Today, he shared the current status of various metro rail & urban transportation systems being implemented in Maharashtra under his leadership.

First, kindly accept our heartiest congratulations on the opening of the long-awaited Pune Metro Rail Project. What are your next priorities and when the remaining sections of these lines will be commissioned?

Two lines of the Pune Metro Rail Project were inaugurated at the hands of Hon Prime Minister Shri Narendra Modi on 6th March 2022. Of the total project length of 33.28km, 12 km section has been made operational. The proposed timeline for completion of the remaining sections of the Pune Metro is as follows:

Maha Metro has been recently appointed consultants for conducting a survey and traffic study of Phase 2 of the Pune Metro Rail Project. What’s the current progress of study? Please highlight new corridors/extensions planned under Phase 2.

Firstly, as part of Pune Metro Phase-I itself, two extensions of the North-South corridor have been approved by Govt. of Maharashtra. i) PCMC–Nigdi length about 4.5 km. ii) Swargate-Katraj underground length is about 5.5 km. They now need GoI sanctions for their execution. Secondly, Govt. of Maharashtra has given a mandate to Maha Metro for the preparation of DPRs for Pune Metro Phase 2 for six lines of about 47 km. They are:

Thirdly, PMC has given a mandate to Maha Metro for the preparation of DPR of Metro Neo on the earlier proposed route of circular HCMTR of the length of 36 km in the PMC area.

Fourthly, PCMC has given a mandate to Maha Metro for the preparation of DPR of Metro Neo on the earlier proposed route of circular HCMTR of a length of 28 km in the PCMC area. It has been submitted to Govt. of Maharashtra for approval.

The proposed corridors run along the major arterial roads of the city and will provide the commuters with clean, safe, and faster transit. The DPR study is progressing well and most of the required surveys have been completed. The draft DPR should be ready in about 3-4 months, after which the required approvals will be taken.

Are you also taking interest in Pune Metro Line 3 being implemented under the PPP model? When will this line be commissioned for the Public?

This line is being executed by Pune Metropolitan Regional Development Authority (PMRDA).

MahaMetro is currently working on the implementation of various metro rail projects in Maharashtra and consequently, you have a variety of issues on your plate. What do you think is the most important issue that has to be tackled while keeping the interests of the project in mind?

While Metros offer tremendous economic and environmental benefits to the city and Society but faces a difficult long-term financial sustainability challenge that needs to be met successfully to sustain the metro project in a long run. Fare-box revenue is inadequate to meet all the apex. Therefore, the world over a lot of emphasis is given to the Non-fare revenue. Sources such as Transit-Oriented Development (ToD), Land Value Capture, Property Development, etc. are focused upon in this aspect.

Also, Optimization of cost and avoiding time overruns are the most important factors to be tackled for the success of Metro Rail projects.

A large section of commuters is eagerly waiting for the commissioning of the Navi Mumbai Metro project. Please throw some light on the current status and completion target of Phase 1 of Line 1.

Navi Mumbai Metro project is being implemented by CIDCO. However, they have mandated Maha Metro to take care of the balance of work and Operations & Maintenance for a period of 10 years for Line 1 (From Belapur Pendhar of 11 km length and 11 stations). The Metro corridor from Central Park to Pendhar having a 5.20 km length with 05 stations has been completed and CMRS certification is obtained. The stretch is likely to be commissioned and opened to the public very soon.

What is the current status of the Nashik Metro Neo project and when the construction of this project will be commenced?

What is the current status of the procurement plan of Rolling Stock for this unique and ambitious project? Reply- Metro Neo is a very innovative concept being implemented for the very first time in the country and anywhere globally in this format. Govt. of Maharashtra has approved Nashik MetroNeo Project and it is currently with the Govt. of India at an advanced stage of sanction.

I am happy to tell you that, now Ministry of Housing and Urban Affairs, GoI has adopted Metro Neo for nationwide adaption and has issued standard specifications for that. Maha Metro will be implementing this project under the Make in India policy. A detailed procurement plan shall be worked out after GoI sanctions the project. However, a number of companies have expressed their willingness to manufacture the rolling stock and other equipment required for the project under the Make in India policy including BHEL Ltd, Titagarh Wagons Ltd, and Tata Motors Ltd, etc.

We can see that most Metro Rail projects have missed their completion deadlines and consequent escalation in costs, how are you planning to mobilize funds for the projects?

I am very happy to say that both Pune Metro and Nagpur metro projects have not missed the deadlines except for some minor impacts due to the pandemic Covid. Nagpur Metro Projects with a network of 38 Kms is at the completion stage whereas Pune Metro has very recently started its commercial operation on 6th March 2022 after Hon’ble PM Shri Narendra Modi had flagged off the maiden metro train. 12 km of the total 33.28 km have been opened for the public in Pune.

In both the projects, there is no major escalation of cost except for Land acquisition which has been acquired after the new LAPA Act, and foreign exchange and inflation beyond the provision of DPR during the intervening period.

With the growing population and the pressure on infrastructure in the Metropolis like Nagpur, Pune and Nashik etc., what would you advise urban planners on ways to ease urban mobility?

The urban planners should focus on the proper Land use policies including Transit Oriented Development (ToD), land value capture etc. so that the mass transit projects undertaken would have a long-term financial and environmental sustainability.

What is your take on our publications i.e. Metro Rail Today and Urban Transport News? Is there anything about the publications you think we could do better?

You are doing well and we wish you all the best.