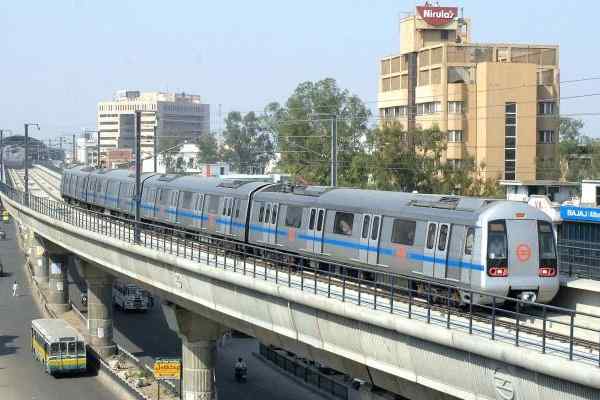 The direction issued on June 22, a day after a one-hour delay in services between Samaypur Badli and Vishwavidyalaya on the Yellow Line of the Delhi Metro was reported on June 21, 2022. In the last three weeks, metro passengers had to put up with six breakdowns on four different Delhi Metro corridors.

"There have been recurring incidences of breakdowns on various lines of Delhi Metro this month causing inconvenience to passengers. Have directed DMRC to submit an investigation report in next 7 days on the breakdowns and remedial action taken to ensure seamless operations," Transport Minister tweeted on Wednesday evening.

The Violet (Kashmere Gate-Raja Nahar Singh) and Red Lines (Rithala-Shaheed Sthal New Bus Adda) also faced disruptions, and the Blue Line, faced glitches three times this month. Metro services were delayed on the Blue Line several times this month with the most recent one in Mandi House station (Dwarka-Vaishali/ Noida Electronic City) on June 19, 2022.
On June 6, a technical glitch in the overhead electrical equipment at the Indraprastha to Yamuna Bank section of the Blue Line left a large number of commuters stranded for almost 30 minutes during peak evening hours. The same section faced another glitch in the electrical system on June 9.
Facing criticism over frequent disruptions in Metro services, DMRC said only three of the six such instances so far in June were technical glitches, and the remainder occurred due to external factors such as bird hits or external objects, such as manjha (kite strings) coming in contact with the Overhead Equipment (OHE), resulting in a breakdown.
“In June so far, there have been six instances wherein Metro services were impacted-- from a few minutes to a couple of hours. However, three were minor incidences wherein services were delayed for a few minutes on a very limited section to fix the impacted train or signalling system-- a normal procedure in such a vast technical setup that keeps providing safe, reliable and punctual Metro services for the most part of the day throughout the year,” said Anuj Dayal, Principal Executive Director, Corporate Communications, DMRC.
The Delhi Metro has to submit the report within seven days to Delhi Transport Minister.