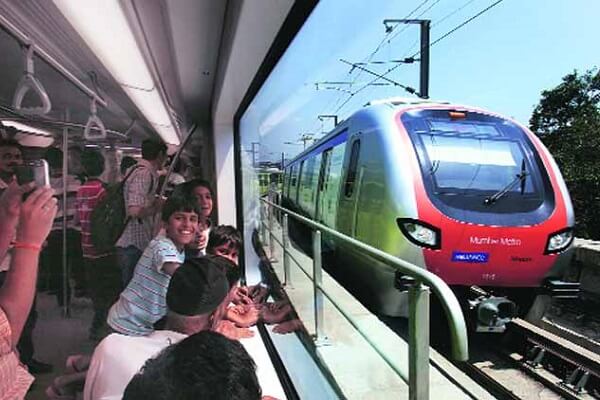 According to BMC, the valuation of these 16 properties in terms of outstanding property tax amount is Rs142.18 crore. Some of the attached properties include the metro stations at Versova, Andheri, Azad Nagar, DN Nagar, JB Nagar and Marol metro station and Marol sub-station. MMOPL owes Rs 300.76 crore worth of property tax including penalties to the BMC since 2013, out of which Rs 220.30 crore are to be paid to K/W ward and Rs 80.46 crores are to be paid to K/E ward.

The officials said that MMOPL is a “Private Body” for which it is not exempted from paying municipal taxes, unlike other government agencies such as MMRDA, MMRC. “A majority of 74% of the total shares of MMOPL is owned by Reliance Infrastructure and remaining 26% of the shares are with MMRDA, this clearly establishes that MMOPL is a private agency and shouldn’t be exempted from paying municipal taxes,” said a senior BMC official.

MMRDA has leased out the land parcels which houses the metro carshed to the MMOPL, which makes the later agency responsible for clearing the outstanding tax amounts. “We have given MMOPL 21 days’ time to clear the outstanding dues. If there is any delay, the BMC will disconnect the water supply and sewage lines, following which the procedure of seal and seizure of these buildings will be carried out,” said the official.

The official also said that MMOPL is not paying property taxes despite of sending notices repeatedly for clearing taxes since March 2020 to them. However, the officials of the MMOPL stated that they have been exempted from paying taxes by the Bombay High Court. “Section 520C of Mumbai Municipal Corporation Act, 1888 empowers Government of Maharashtra (GOM) to issue instructions to BMC regarding policy to be followed by BMC in larger public interest. Based on orders of Bombay HC, the GOM directed BMC to provide exemptions to Mumbai Metro Line-1 from payment of local and property taxes being a public transportation project with effect of applicability of Mumbai Metro Act (16-10-2009). The BMC local ward offices are yet to comply with orders from GOM,” said MMOPL spokesperson.

The MMOPL is the managing and operating the 11.40 km Mumbai Metro Line - 1 that connects Versova in the western suburbs to Ghatkopar in the eastern suburbs with 12 metro stations. This is only operational metro corridor of under-costrcution Mumbai Metro Rail Network under MMRDA since 2014.