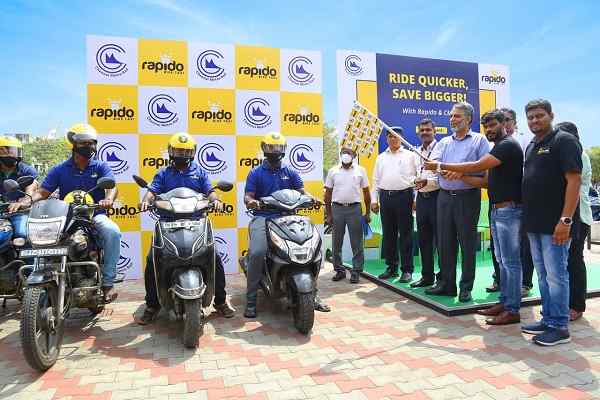 The last mile connectivity measures will provide pick up and drop off zones for Uber Autos at five Metro Stations in Chennai. During the first phase of this initiative, the exclusive designated zones are set up at Guindy, Alandur, Egmore, Koyambedu, and Thirumangalam Metro Stations, enabling users to have an enhanced and seamless commute experience. Uber will also provide ground support at these designated zones to ensure riders have access to Uber Autos round the clock. Additionally, it has rolled out a promotional offer of 20% discount (max discount Rs. 50) on Auto rides, to and from these five Metro stations.

The offer will be valid until August 31, 2022. To avail this offer, registered riders need to tap on the profile icon on the top right of the app's home screen, select "Wallet", scroll down to "Promotions", select "Add Promo Code" and type in the code UBERCMRL.

To avail the service, passengers can download the Rapido Bike Taxi app on iOS/android, login from their account, and start booking. Once booked, the amount and captain details appear on the homepage and their personnel will be at the pick­up location in no time.