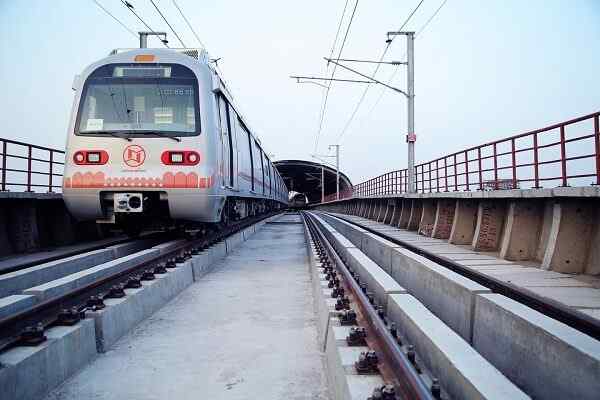 Jaipur, India (Metro Rail Today): Jaipur Metro Rail Corporation Limited (JMRC) is planning to revise its detailed project report (DPR) of Phase 2 project as it is creating a conflict in construction of the proposed routes between India Gate and Ambabari on Tonk Road. JMRC has now started an exercise to revise the DPR to get state government's approval.

As the project requires modification, the Rajasthan government did not make any allocations in their state budget for 2022-23 for the long-pending 23.5 km long Jaipur Metro Phase-II.

“The Jaipur Metro phase II on Tonk road is conflicting with JDA’s signal-free project. As some modifications are required, the DPR will be revised again after the survey,” said an official from JMRC.

According to Phase 2 DPR, the consultant had proposed to construct stations at 21 locations including at Rambagh, Tonk Phatak and B2 Bypass. But the Urban Development and Housing (UDH) Minister Shanti Dhariwal had objected the plan and issued direction to JDA to initiate the projects for the construction of underpass and semi-clover leaf structures on the same or nearby locations.

Sources said that JDA has proposed to construct an underpass and an overbridge structure at Rambagh after spending Rs 130 crore. Similarly, construction of an underpass proposed to be constructed at Laxmi Mandir with an estimated cost of Rs 60 crore will begin soon.

JDA will soon begin construction of an underpass and a cloverleaf on B2 Bypass. “At the same locations, the Metro stations of Phase II are proposed. The projects are capital intensive and requires revision in design at planning stage to avoid future confrontation,” said an official.

JMRC is also exploring the possibilities to construct the MetroLite oo MetroNeo System on the route. This will be cheaper alternatives and can be build and run at less than half the cost of the conventional Metro rail. Moreover, the state government could receive Centre’s assistances as budget for this MetroLite or Metroneo system which is allocated separately for tier 2 cities.