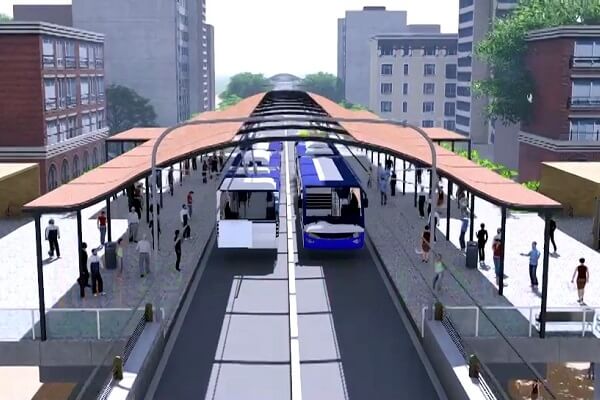 Warangal is a city in the Indian state of Telangana. It is the second largest city in Telangana with a population of 830,281 per 2011 Census of India, and spreading over an 406 km2 (157 sq mi).Warangal served as the capital of the Kakatiya dynasty which was established in 1163.Warangal Metro is a proposed metro system to serve the city of Warangal, Telangana, India with a stretch of 15 kilometers, from Kazipet railway station to Warangal railway station through its suburbs. The system is proposed to reduce traffic congestion as well as providing a modern and efficient public transport system in the city.