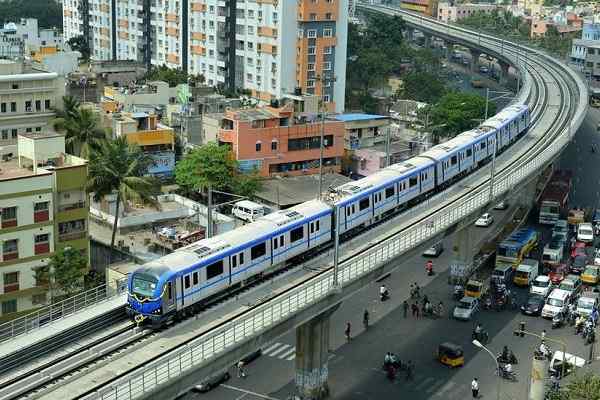 Chennai, India (Metro Rail Today): Keeping in view the growing importance of the transport sector in the City’s overall development and also to improve the share of public transportation, the Tamilnadu Government is considering the implementation of a Mass Transit system, like Metro/ Metro Lite/Metro Neo/BRTS in Tiruchirappalli / Tirunelveli / Salem City. In this regard, a request for proposals (RFP) is invited from reputed firms/consultants under the Single Stage Two bid system.

The scope of work includes but is not limited to:-

i. To collect and examine available reports of previous studies, plans, CMP Report and other related with transportation scenario of City Metropolitan Region.

ii. To collect primary transport network inventory data along with utilities within the Project Influence Area.

iii. To collect all the secondary information such as development plans, public transport routes.

iv. To conduct a review of the current situation in order to establish the existing condition and capacity of the public transport system.

v. To update the CMP Study Travel Demand Model, calibrate and validate for base year travel conditions and to forecast the travel demand for the horizon period of 30 years at 5-year intervals.

Any Consultant under suspension/debarred/black listed, by GoI, GoTN, PSUs, Metro Rail Organizations, CMRL, or whose contracts were terminated as of the date of submission of the bid are ineligible to apply for this tender.

Tiruchirappalli is the fourth largest city in the state of Tamil Nadu and is the district headquarters of the Tiruchirappalli District. The city is situated on the banks of the Cauvery River and is located at the center of the state, on the Chennai - Dindugal National Highway (NH - 45) and is popularly known as twin cities - Srirangam and Trichy. Trichy city is well connected to the major towns in the State and other parts of the country, by road, rail and air. Acting as a hub, the city plays a crucial role in the development and growth of this Region. The floating population is also significant due to the famous religious and tourist spots. As per Census 2011, the population of Trichy District was 27.22 Lakhs and the Population of Trichy Municipal Corporation was 9.16 lakhs with an area of 167.23 sq. km. Though the city population is close to 1 Million, the influence area of the city is far beyond and would cover the peripheral and the urban fringe areas where the urban characteristics are mostly found and would ultimately bring the population of Trichy close to 2 Million.

Salem is one of the important and rapidly urbanizing cities in Tamil Nadu. It has a successful emergence as a chief producer in the steel and textile industry. The new Railway Division, with Salem as headquarters in 2005, makes it the fourth largest of all the six rail divisions in the Southern Railway. The extended Salem Local Planning Area is 1263.43 sq. km with a population of around 20 lakhs (Census 2011) including the Salem City Corporation area of 91.3 sq. km. with a population of 8.3 lakhs (Census 2011). Salem is a radial city with developments happening along with the road network. The three national highways, NH-7, NH 47 and NH-68 form the regional road linkage connecting Salem with other cities within the state. The major arterials emerging from the city are Bangalore road (NH 7) in the North-West, Coimbatore road (NH 47) in the South-West, and Trichy Main road (NH 7) in the South and Chennai road (NH 68) in the east.

Tirunelveli is also known as Nellai is a city in the South Indian state of Tamil Nadu. It is the administrative headquarters of the Tirunelveli district. It is the sixth-largest municipal corporation in the state. Tirunelveli is administered by a municipal corporation, established in 1994 by the Municipal Corporation Act. The erstwhile district, which covered an area of 1l,433 sq km, has been limited to 6,283sqkms, after bifurcation. The population of this District was 2723988 as per the 2001 Census and 30,72,880 as per the 2011 census.