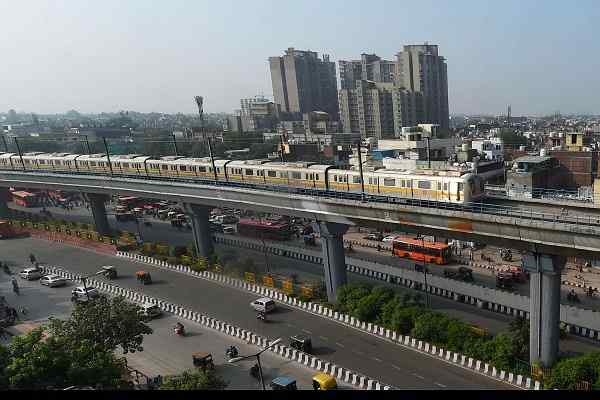 Madhya Pradesh is proud to have its seven cities included among India’s 100 smart cities mission. Two of them, Bhopal and Indore, made it to the priority project shortlist.

India’s 100 smart cities mission includes seven cities from Madhya Pradesh. Two of them, Bhopal and Indore, made it to the shortlist of priority projects. These cleanest cities in the country are now through a fast-paced development process.

Bhopal, the capital of Madhya Pradesh, has scored the highest in the Smart City criteria. It’s the education hub of the State and is currently witnessing a rapid industrial transformation. The city’s geographical location and efficient connectivity to all parts of the country make it a promising prospect for a metropolitan status. The city’s expansion will attract more and more businesspersons, entrepreneurs, and job seekers. With the increasing population, there will further be a need for better connectivity and means of transportation.

Indore is already a step ahead. Known as the heart of industrial activity, the city attracts aspirants from across the State and beyond. It has been manifesting the ambition to be a metro city for a long, and in all sense, it is one. The city has excellent infrastructure and optimum connectivity with the rest of the country. India’s cleanest city is now longing for an eco-friendly and convenient transit system.

A Way Ahead — The MP Metro

At a time when people are tormented by tedious and time-killing conventional transportation, this has come as a wave of fresh air. It will be an end to most of their suffering and take them to their destinations on time. With MP Metro, there will be an assurance of comfortable travel and of reaching the workplace rested and stress-free.

In return, they will be more productive, generous, and cooperative with their colleagues. With another comfortable ride home, they will enjoy quality lives and make for an amiable and flourishing society.

With a well-guarded, well-protected infrastructure, the MP Metro ensures the safety of commuters and their belongings. The trains are equipped with CCTV for supervision, both inside the coaches and on the platforms. It has special provisions for the differently abled and senior citizens. A Platform Screen Door system will prevent people from falling on the tracks.

A Dependable Mode of Transportation

The CBTC Technology-based Moving Block System will reduce the interval between two trains without compromising the safety of travellers and the MPMRCL property. So even if you do miss your metro home, there is nothing to worry about because the next one will arrive as soon as two minutes!

The Automated Fare Collection System is not only affordable but will simplify the commute. It’s compatible with an NCMC card-based ticket system that allows travellers to enter and exit the platform using tokens or smart cards. It will also restrict unauthorized entry into the platform and train.

A Modern Way to Travel

MP Metro has opted for Communication Based Train Control technology for operations. It’s safe and reliable and ensures fast and efficient train operations. The signal and train control system is equipped with the highest grade of automation (GoA-4) and facilitates a driverless train operation. It’s a unique feature implemented first, by MP Metro, among all the metro rail projects in India.

This State-of-the-art Metro Rail Project will provide the residents of MP’s Smart Cities with the Smart Means of Commute. And make their lives easy and enjoyable. The project is under a fast-paced development process and will be accessible to the citizens very soon.